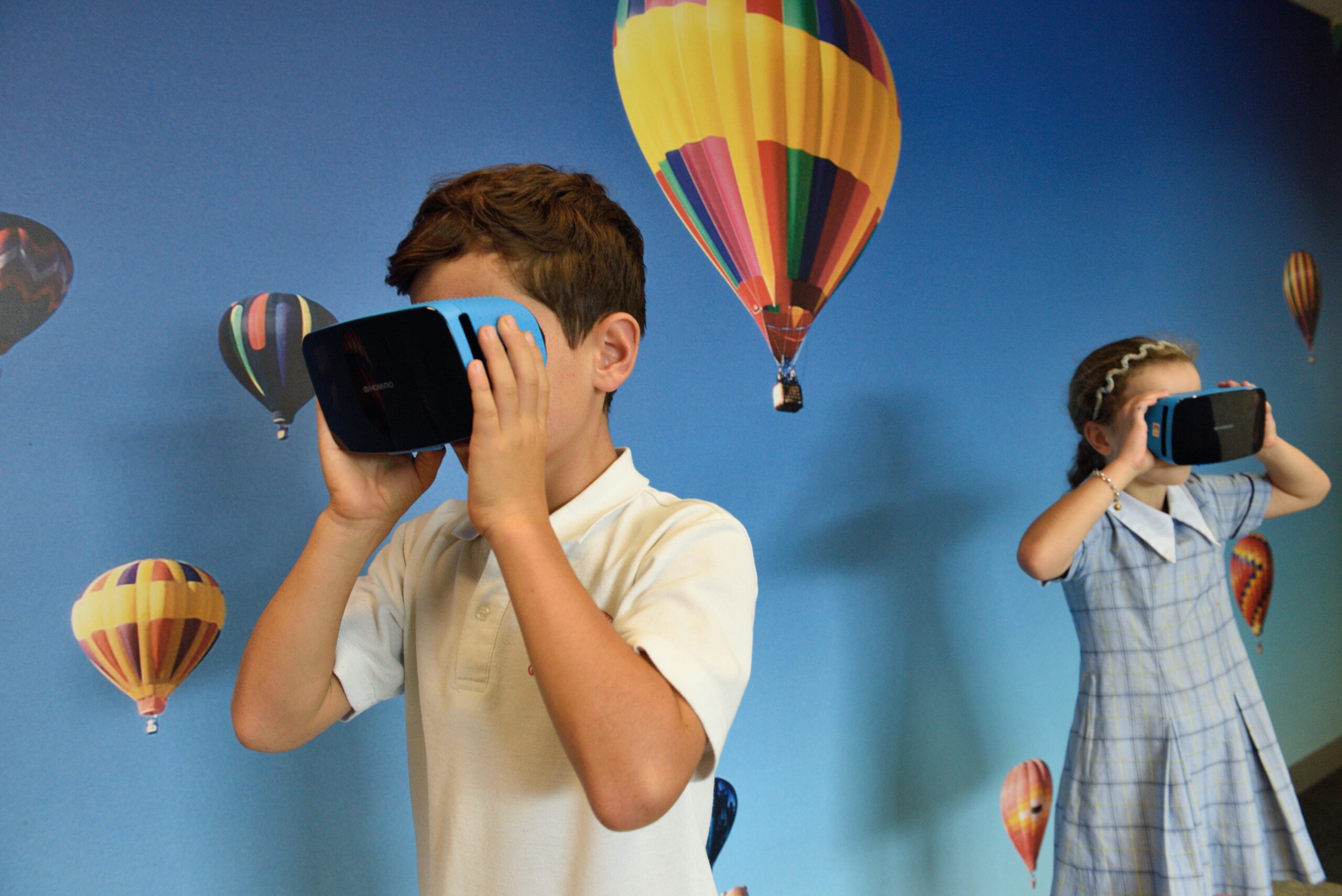 Virtual Reality, or VR, has grown massively in recent years as a form of entertainment. Games like Beat Saber and Half-Life: Alyx have achieved huge critical and financial success, but the odds of someone having used VR to play these games are quite low. This is largely because the VR hardware most people gush about is prohibitively expensive, and as a result the main audience for this incredible technology has primarily been wealthy tech experts and fanatics.

This is a shame, as VR is more than just a toy for those with the financial means to enjoy it. It can be an equally incredible tool for education, with tons of applications both inside and outside the classroom. It’s a completely unique piece of technology that is surely to gain popularity in the coming years, as its use in the education sector is growing massively right now.

Before talking about how VR can be used, it’s important to understand that the bridge to making VR financially accessible is in the process of being built. Expensive headsets and remotes like the Oculus Rift, HTC Vive, and Playstation VR are technologically impressive, but are priced high and require lots of other expensive technology to use, meaning it’s far less available to many younger audiences.

This is where more budget-friendly options come into play, as certain newer headsets can use a smartphone as the main device while using magnifiers to create a three-dimensional view. Google Cardboard is the least expensive option on the market, using simply cardboard and magnifying glasses to create a simplistic headset to hold over your eyes, but others like the Samsung Gear provide more comfortable and enclosed spaces to create more immersive experiences.

Additionally, access to a compatible phone might seem prohibitive, but according to a report from Mobile Syrup, nearly 86% of all Canadians owned a smartphone by 2018, which is a number that will easily grow higher as the needs for roaming internet connectivity and reliable mobile phones grow. As a result, these headsets are a great way to get more use out of our existing technological resources, such as smartphones, which are exceptionally popular among students and families.

With these devices on their way to becoming more affordable, this means that the activities that can be done with them will be accessible to a far wider audience. In recent years, the market for kid’s games has been rapidly growing, both for entertainment and educational purposes. There are some examples of Augmented Reality (AR) games that require solely a phone with a camera, for example to view 3D models of planets and dinosaurs. You can also look at these scenes from multiple angles, but this technology is capable of so much more than just providing things to look at.

BBK Network has already started contributing to this movement through the creation of educational VR games. In a text interview with Phillip Nguyen of the VR Team at BBK Network, he mentioned that his team is currently working to create a public speaking simulator. “It is important for this specifically to be a VR activity rather than a traditional digital game,” continues Nguyen, “because it is better able to immerse the user and capture the feeling of actually giving a speech to a live audience.”

This game will be available to anyone granted permission from BBK Network, and it is clear that this type of simulation is unlike any traditional game or lesson. The ability to be in a simulated room and use tools and equipment unlike anything kids have ever had access to before offers tons of possibilities for kids to experience new things without even leaving their homes. With the ongoing effects of Covid-19, opportunities like these are especially valuable for children and parents wishing to pursue additional extracurricular education and activities without risking their health.

There are many other examples of games along the same lines of what BBK Network is creating, specifically being designed for students. One popular example is Realiteer’s Wizard Academy VR, a fairly straightforward fantasy game that puts the player through immersive mathematics tests and memory puzzles in magical environments. WearVR’s Cleanopolis is another example, in which users participate in activities to learn the basics of climate change and sustainable living. Cleanopolis allows students to watch videos in a spacious theater while flying around the city as superheroes protecting the environment.

These specific games only require a smartphone of a certain quality to operate, making them usable on the less-expensive VR options, such as Google Cardboard. Their conscious design and affordable hardware has led to many novel and exciting experiences that resonate with children on a much deeper level than a typical classroom lesson.

As innovative as these VR and AR games have proven to be, this article only scratches the surface of what they are capable of. As mentioned in a recent CBC article, post-secondary institutions and job training have started using more advanced AR as a safer method of simulating difficult or dangerous tasks. Medical students in Bow Valley College have begun using a VR clinic simulation to test patients of various ages and ethnicities for respiratory issues. Also, pilot training programs have begun using control panels and adaptive seats to create a VR cockpit to simulate flights from a grounded room.

The educational value of VR doesn’t have to be limited to the classroom, as it has also become a great way to experience things that are normally blocked by financial or travel barriers. One of the greatest examples of this is London’s National Gallery, which put out a recreation of their Sainsbury Wing that is compatible with many VR headsets so that users can experience the museum from home. It may not be quite the same experience as a Star Trek Holodeck, but these innovations are a remarkable way to allow people to learn and experience culture in a safe and convenient manner.

VR is often associated with its most advanced and expensive forms, but it is clear that there is far more happening in the field of VR than what many people know about. It is a spectacular tool for teachers, educators, and parents to provide to students and children, offering activities unlike anything kids have ever seen or tried before.

6 Types of Schools: Which one is right for your child?

An Introduction to BBK Network

Three Skills Your Child Needs for the Future