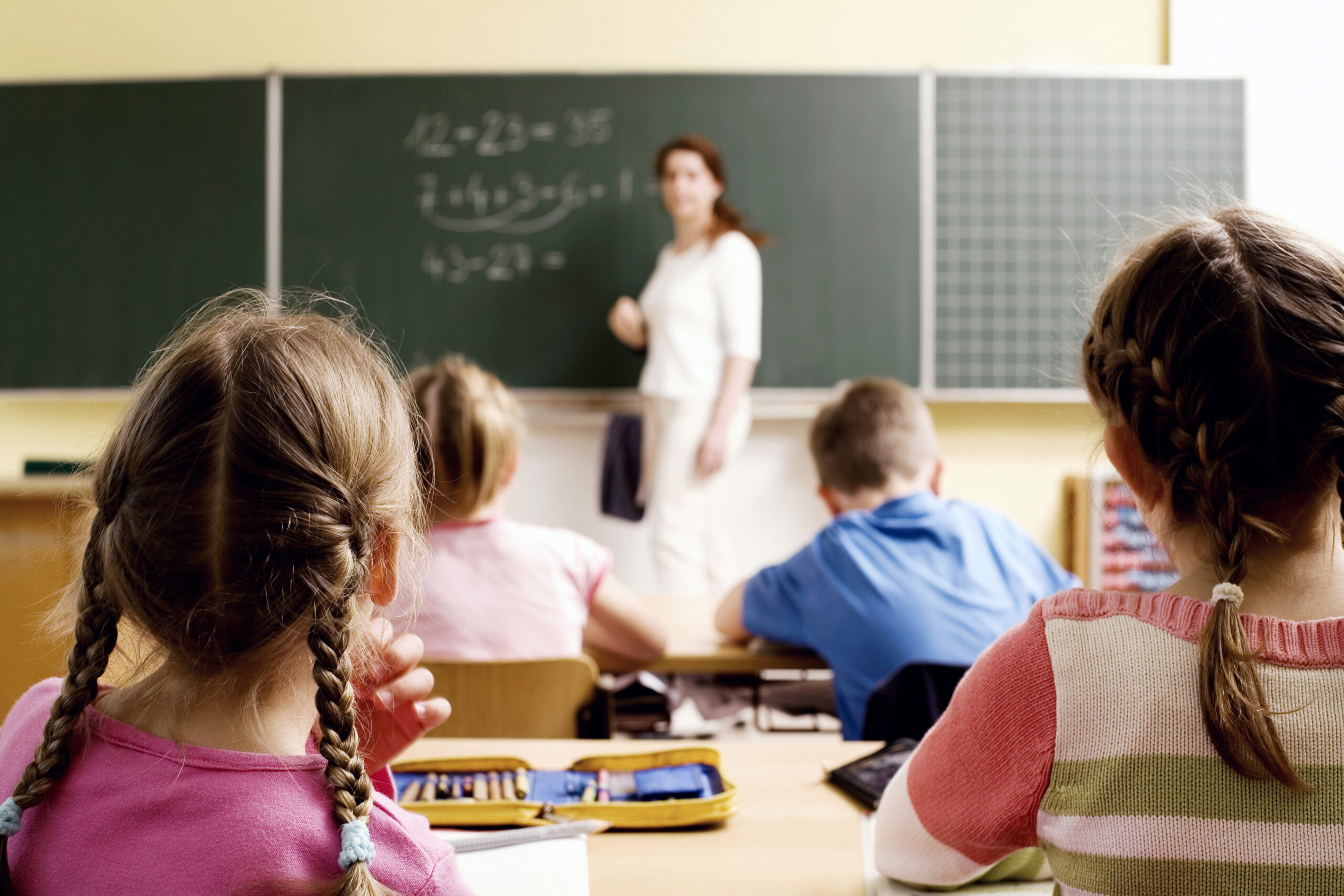 Technology is a wonderful thing, isn’t it? It facilitates so much in our lives, day-to-day. So much that we often don’t stop to consider how the tech came to be. Computers, iPads, The Internet, Bluetooth speakers, television, music streaming services, and even classroom tools such as projectors, whiteboards and SMART boards. This article explores the evolution of the blackboard, and how it has made its way to the Interactive Whiteboard (IWB), commonly known as the SMART board.

For centuries, individual slabs of wood or slate were used in classrooms for each of the students. Teachers would write instructions and inspect students’ work as they made their rounds throughout the classroom. It wasn’t until 1801, when James Pillans, a geography teacher at the Old High School in Edinburgh, Scotland, was dissatisfied with the format and sought to present his teachings on a grander scale.

Comprising numerous handheld, smaller-sized slabs of slate, Pillans constructed a large, wall-mounted apparatus where he could illustrate mountains, rivers, lakes and even towns in a new way of captivating his students’ attention. As a result, Pillans is widely considered the inventor of the blackboard.

Over the next 30 years, blackboards grew in popularity, but like any technological advancement, blackboards had their learning curve too. Manuals were published to guide, inspire, and provide lessons to teachers on how to best utilize this wondrous classroom innovation. And by the 1890s, with the advent of rail travel, blackboards were being manufactured and distributed throughout the U.S.

The green chalkboards many of us still recall from our youth surfaced in the 1960s. They were lighter and more durable than their slate predecessors, rendering them easier to ship. Unlike blackboards, the chalk was much easier to erase thanks to the porcelain-based enamel coating, and the green surface was generally more pleasing to the eyes. For these reasons, green chalkboards became the standard for the following three decades until the 1990s, upon the adoption of the whiteboard.

Whiteboards, typically made of steel or laminated chipboard, allowed for writing and erasing using felt pens, typically of the dry-erase variety. But despite seeing 21% of American classrooms convert from blackboards to whiteboards by the late 1990s, whiteboards were not in fact a 90s innovation at all.

Whiteboards have been available since the 60s, much like their blackboard counterparts. But it was the consideration of chalk dust in the classroom and its adverse effects on  the new adoption of computers that actually provoked the ridding of chalkboards by the end of the 1990s.

In 1999, the Chicago Tribune interviewed a handful of students at Plainfield Elementary in Des Plaines, IL, asking if they were familiar with chalkboards. “I think I saw one once in a movie. It was like one of those real old movies where they only use black and white,” Miguel Musngi, a 5th grader, explained. Miguel’s classmate Arionne April had a similar sentiment.

It seems that at the turn of the millennium, chalkboards had finally bitten the dust. However, with digital technology on the rise, combined with the lost art of hand-writing, whiteboards too began to lose their lustre in favour of the fancy, interactive whiteboards we find in schools today.

IWBs are commonly known as SMART boards, coined by SMART Technologies, a Canadian company, based out of Calgary, AB. SMART introduced their first board in 1991 and gained investment from Intel Corporation the following year.  Simply put, an IWB is a board that acts as both an in-classroom projector as well as a modern-day blackboard.

These computerized boards act as an interactive medium for both professor and pupil. Replacing overhead projectors and chalkboards, teachers are now able to display PowerPoint slides, websites, lesson plans, animations, maps, you name it, at the head of the class with ease. They can also mark-up what is displayed on the board using special digitized pens.

In tandem with individual tablets, students can also interact and participate from the comfort of their classroom seat by replying to group questions individually, sharing their work with peers, and submitting their work digitally. Lessons can either be saved to the cloud or distributed on the school’s Intranet homepage.

While steadfastly taking over the whiteboards and chalkboards before them, IWBs remain controversial. Critics of IWBs argue that the cost involved for their installation (upwards of $5000 U.S. per classroom, depending on the model) could be better spent elsewhere.

To the untrained eye, an IWB is nothing more than a glorified television or computer screen.  One that can, and often does, require maintenance and troubleshooting. Classroom downtime simply isn’t something that teachers and schools can afford at this point in time. As an IT technician who’s worked for a public school board, I’ve seen first-hand how buggy and cumbersome these devices can be, as well as the resulting frustration that arises.

IWB proponents would argue that visuals are known to improve learning and cue stronger, speedier reactions than words alone. Studies have also shown that visual learning, when implemented correctly, can improve learning comprehension by up to 400 percent.

Presenting interactive, collaborative material that can be simultaneously visual and verbal has become essential for student success. However, like any classroom learning tool, past or present – it’s only as powerful as the teacher behind it.

The Role of Public Libraries in Bridging the Digital Divide

Three Skills Your Child Needs for the Future